The castle and surrounding estate have a rich history. The Glenapp Estate was already well established under the ownership of the Earl of Orkney when the industrialist, James Hunter (later to become the Deputy Lord Lieutenant of Ayrshire), acquired it and commissioned in 1870 the celebrated Edinburgh architect, David Bryce, to design a suitably magnificent home for him.

Bryce was a leading proponent of what came to be known as the Scottish Baronial style: combining elements of the Gothic and Renaissance design to create the grandeur and fairytale appearance we recognise today. The castle's mellow sandstone battlements, topped by soaring turrets and towers, have earned Glenapp a rightful place as one of the most romantic luxury castles in Scotland.

James Lyle MacKay, Chairman of P&O, and his aviator daughter

In 1917 the castle passed to James Lyle Mackay, the son of a wealthy shipmaster. James later became the first Earl of Inchcape following a successful and highly decorated business life. He became Chairman of the Peninsular and Oriental Steam Navigation Co (P&O) and was credited with solving the Indian currency crisis just after the turn of the century.

For all his success the history books show he was perhaps tragically upstaged by his daughter Elsie. Elsie Mackay was not only a respected actress (under the name Poppy Wyndham), and an interior designer for P&O, she was also a skilled aviatrix famed for her aerial stunts. In 1928 she set out to cross the Atlantic in a single engine monoplane, from an airfield in Lincoln, only one year after Charles Lindbergh became the first to make the crossing travelling west to east. Sadly, Elsie and her co-pilot Captain Hinchcliffe, a World War One flying ace, did not arrive and were never seen again.

The castle and grounds were eventually sold on by the Mackay family and over time fell into disrepair. It was not until the McMillan family of Scottish hoteliers purchased the property in 1994 that, after six painstaking years of toil from daughter Fay and husband Graham Cowan, Glenapp Castle and its gardens were restored to their former glory. The castle has since steadily won a string of awards and accolades and been recognised as one of the finest luxury castle hotels in the United Kingdom. The castle has been a member of Relais & Châteaux since 2001.

In 2015 the castle was acquired by Paul and Poppy Szkiler. Paul is the Chairman of the Truestone Group. Both Paul and Poppy focus on building businesses not simply to create profit but to address social and environmental challenges from Africa to Asia as well as here in the UK.

Step back in time

Lie back, relax, and unwind in luxury that enhances our castle's fascinating history.

Take a look at this stunning Scottish estate 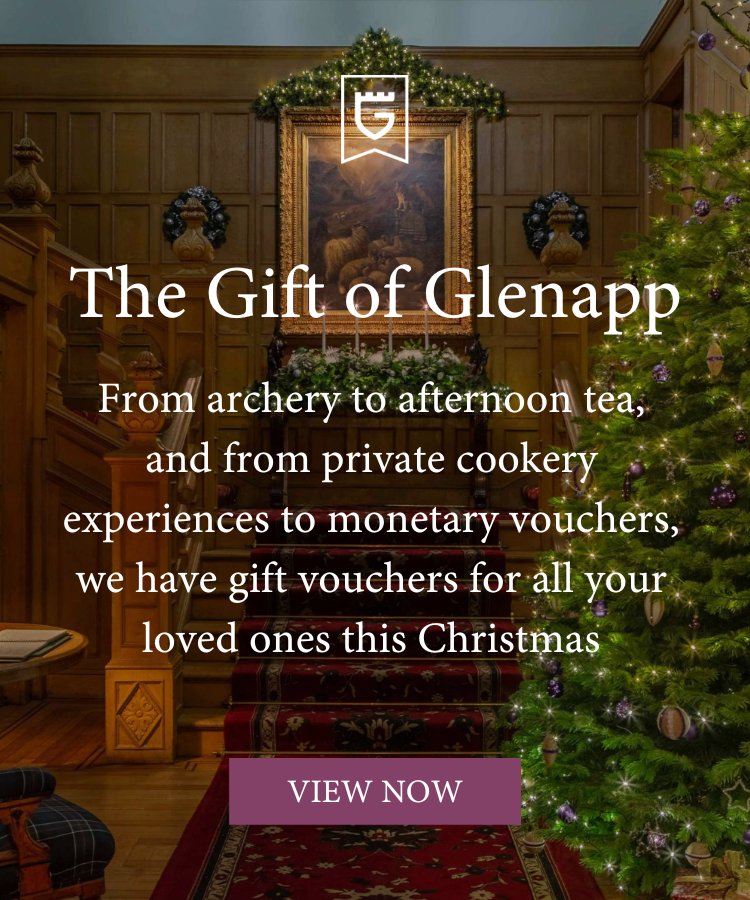